If you can’t hop on a plane to a tropical island right now, why not enjoy yourself playing an island-themed game instead? Treasure Island is an action-packed slot machine inspired by  Robert Louis Stevenson’s book of the same name, and several important characters from the book can show when you play – such as Jack Hawkins, Captain Flint and Long John Silver. 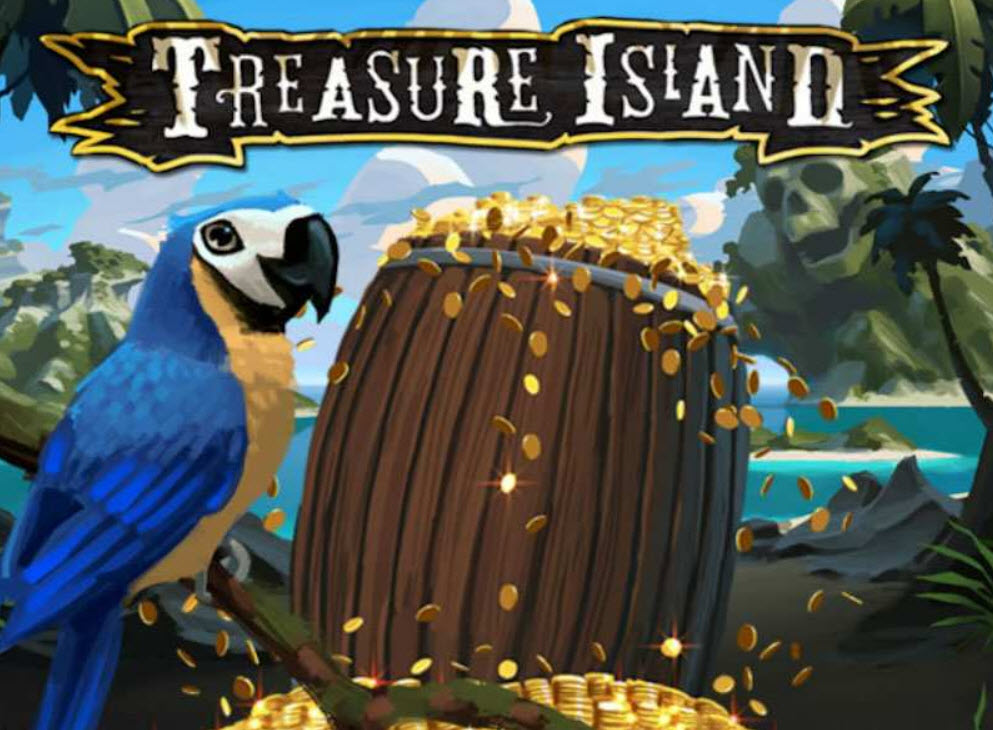 Examples of fun special features in this game:

Treasure Island can be found in casinos that feature games from Quick spin.  I recommend Casumo Casino.  Casumo casino is a casino that offers a small selection of very good games.  They curate all the games they offer to make sure that they only offer the very best games.  Casumo casino also offer a unique experience since the entire casino has been gamified into one large game.

The treasure chests are wild. A chest can substitute for any of the regular symbols, but not for special symbols.

The compass is a scatter symbol in this game. If you get three compasses, anywhere on the reels, it will trigger a Pick-Me Bonus Round. Pick a symbol to reveal the hidden treasure – a coin win, free spins or the Treasure Hunt Bonus Game.

You know how X marks the spot on treasure maps? If you manage to trigger the Treasure Hunt Bonus Game while playing this slot, a number of X:s will appear on the screen and your job is to select one and start digging. Find the treasure chest and keep your fingers crossed – it might contain a big prize!

You need a minimum of two wild barrels to trigger a Pirate Attack. During this bonus game, a pirate ship will fire two, three or four cannonballs onto the reels. Each cannonball is then transformed into a wild symbol. If a cannonball hits a Wild Barrel, the barrel explodes and wild symbols fall down all around it. 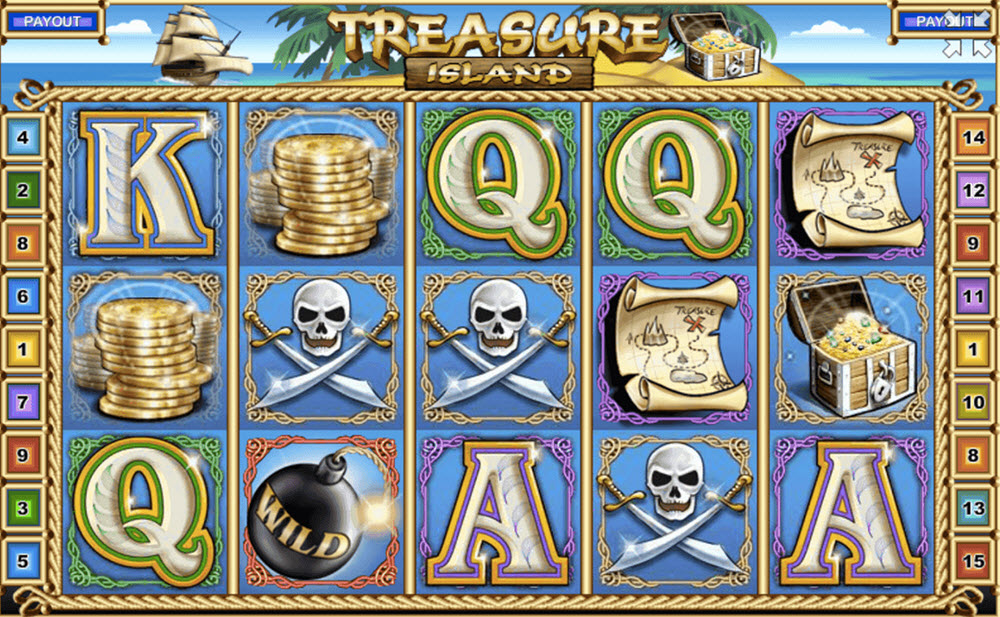 During the Island Hop Bonus, you can obtain coin wins, free spins, extra wilds, super wilds, and Locking Barrel Explosions. Superwilds can be added to stacked wilds, making it even easier to form winning combos.

As mentioned above, this slot game was inspired by the book Treasure Island by the Scottish author Robert Louis Stevenson. Originally, it was serialised in the children’s magazine Young Folks in 1881-1882 under the title “Treasure Island, or the mutiny of the Hispaniola”. Back then, Stevenson used the pen name Captain George North. In 1883, the story was published as a book.

Stevenson came up with the main idea of the story when drawing a map of an idyllic fantasy island together with his stepson Lloyd Osbourne. Originally, Stevenson called the story The Sea Cook: A Story for Boys.

Stevenson never revealed if any particular real island had inspired him during his writing, but over the years, a large number of islands have been suggested by others. These are just a few examples: