The Caribbean Sea is a part of the Atlantic Ocean, located in the tropics of the Western Hemisphere. It is bounded by Central American and Mexico to the west and southwest, and to the south by the northern coast of South America. The Caribbean Sea is filled with numerous islands, of which the northernmost ones are the Greater Antilles and the easternmost ones are the Lesser Antilles.

The region formed by the Caribbean Sea, the archipelagos and the adjacent mainland coasts are collectively known as the Caribbean. The name Caribbean is derived from the Caribs, one of several groups of indigenous people who lived here when Spanish explorers arrived to the region in the late 1400s.

How large is the Caribbean Sea?

How deep is the Caribbean Sea? 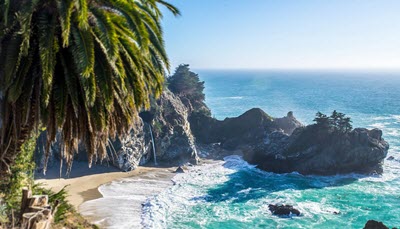 In 2010, a team of researchers from the National Oceanography Center in Southampton used robot submarines to explore the Cayman Trough. Among other things, they discovered several new species, including a shrimp that had no eyes but was equipped with a light-sensing organ on its back.

In a spot where the ocean floor is located 5 km below sea level, the researchers found black smokers, a type of hydro-thermal vents that look like black chimneys and emit clouds of black water into the sea water. The water emitted by these vents in the Cayman Trough have a temperature exceeding g 450 °C (842 °F), making them among the hottest known undersea vents.

Are there coral reefs in the Caribbean Sea?

Of course, if you leave the surface and go deeper down into the Caribbean Sea than 30 meters, the temperature will be different than at the surface. It is generally colder deeper down, but hydro-thermal vents can make it very hot locally.

Weather in the Caribbean 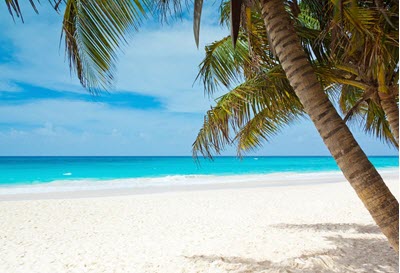 The Caribbean enjoys a tropical climate and is strongly influenced by the Gulf Stream and the Humboldt Current.

Tropical storms sometimes develop into Atlantic hurricanes here, especially in the low pressure areas of the eastern Caribbean. The Caribbean hurricane season starts in June and continues throughout November, but hurricanes are pretty uncommon early and late in the season, with a majority of all Caribbean hurricanes occurring in August and September.

The sea floor in the Caribbean is divided into five large basins separated from each other by underwater ridges and mountain ranges. The sea floorconsist of deep red clay in the deeper parts of the sea, while calcareous silts dominate the continental slops and ridges. The clay minerals have probably been deposited by big rivers such as Orinoco and Magdalena.

The Caribbean Sea has many island arcs. An island arc is a type of archipelago with arc-shaped alignment, situated parallel and close to a boundary between two converging tectonic plates. The most recently formed island arc in the Caribbean Sea is the one that runs from the Lesser Antilles to the Virgin Islands to Trinidad and Tobago, and it was formed when the Caribbean Plate collided with the South American Plate. This island arc includes a lot of volcanoes, such as Morne Trois Pitons, Sint Eustatius, Quill, and Mount Pelee.

The two oceanic trenches Cayman Trench and Puerto Rico Trench put the Caribbean region at a high risk for earthquakes, including earthquakes that may generate tsunamis. During the last 500 years, roughly a dozen earthquakes above 7.5 magnitude have occurred in the Caribbean.